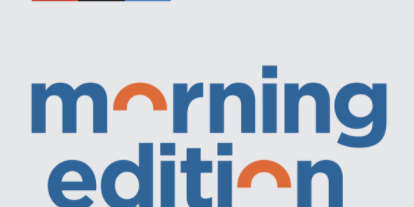 This segment was posted by NPR Morning Edition on June 12, 2019.

Los Angeles has one of the nation’s most intractable homeless populations. But one demographic bucks the trend: veterans.

Los Angeles County released its annual homeless count last week, and the results were bleak. The number of homeless Angelenos increased by 12%. But one group saw a modest improvement – military veterans. KPCC’s Libby Denkmann has more.

LIBBY DENKMANN, BYLINE: In the skid row area of downtown Los Angeles, Kevin Kincey walks past a maze of tents and camping gear. He avoids garbage piled up on the sidewalk and steps around an elderly man sleeping under a tarp, shading him from the midday sun.

KEVIN KINCEY: How you doing, sir?

DENKMANN: He’s on a quest.

DENKMANN: Kincey is an outreach coordinator for the nonprofit U.S.VETS. He’s carrying a message to veterans, like himself, who have experienced homelessness. He wants them to know that there’s help out there for housing, medical care or pension benefits for vets.

KINCEY: The government has thrown money at the situation. We’ve personally hired more vet-friendly outreach people to come out here and try to engage with veterans and see what they need and how to better help them. And I know the VA has, also.

DENKMANN: LA’s official count shows the county housed more than 2,800 veterans last year. But at the same time, almost that many fell into homelessness. So the population of former service members living on the street dropped by just 12 individuals between 2018 and 2019 – 12 fewer veterans, which means the numbers basically didn’t budge. LA still has, by far, the most homeless vets in the country. But it is the second year in a row of improvement, and it bucked the trend of growing numbers of homeless for other groups across the county.

AKILAH TEMPLETON: We’re a work in progress, I think (laughter).

DENKMANN: Akilah Templeton, with U.S.VETS, says she has to take the wins as they come.

TEMPLETON: We’ve been able to reach veterans who were sort of hiding in the shadows, you know?

DENKMANN: Service providers say the veteran numbers are getting better because of dedicated federal funding to help men and women who served in the military get back on their feet. A federal rent voucher specifically for veterans was the difference for Edward Cunningham (ph) and his cats, Tazi (ph) and Lincoln (ph).

DENKMANN: Cunningham moved into his one-bedroom apartment in Tarzana, a neighborhood in LA’s San Fernando Valley, last March. He’s 37, spent 12 years in the Marine Corps and deployed multiple times to Iraq. When he got out of the military, Cunningham was diagnosed with several disabilities related to his service, including PTSD. He tried to hold down a job, but nothing stuck. After bouncing around to several friends’ houses in multiple states, he ended up homeless.

EDWARD CUNNINGHAM: I tried to take my life before. Glad I was unsuccessful.

DENKMANN: Last year, LA got a significant boost in federal funding for a joint housing voucher program between the Departments of Housing and Urban Development and Veterans Affairs, targeting chronically homeless vets. Cunningham is using his voucher to cover $1,300 of his rent. He makes up the rest with his VA disability pension.

CUNNINGHAM: This is about them helping you take care of yourself. So they want to meet you, if they need to, more than halfway.

DENKMANN: Kevin Kincey says, even with the extra federal resources for veterans, it’s an uphill battle to keep up with the number of people who are winding up on the street. Today on skid row, he runs into a familiar face.

KINCEY: How you guys doing today? Any veterans? Oh, I know you.

WELLINGTON FULLER: Of course you do.

KINCEY: So I’m out here trying to see what I can do, man.

DENKMANN: Wellington Fuller (ph) is an Army vet who’s here selling battery-operated fans to people living in tents in the sweltering LA heat. Fuller doesn’t live on these streets anymore; last year, he got his own rental voucher and settled into an apartment nearby. He says it took a lot of hard knocks to get there.

KINCEY: You know where I see Wellington at most of the time? Where at, Wellington?

KINCEY: (Laughter) But it’s good to see you on the street.

FULLER: For the same crap. And I got tired of it.

DENKMANN: Kincey says this kind of personal relationship, remembering names and stories, helps him reach the most troubled homeless veterans. But economic pressures are relentless in LA. For every veteran he helps, rising rents, an affordable housing shortage and uncontrolled evictions push another into homelessness.

Copyright © 2019 NPR. All rights reserved. Visit our website terms of use and permissions pages at www.npr.org for further information.