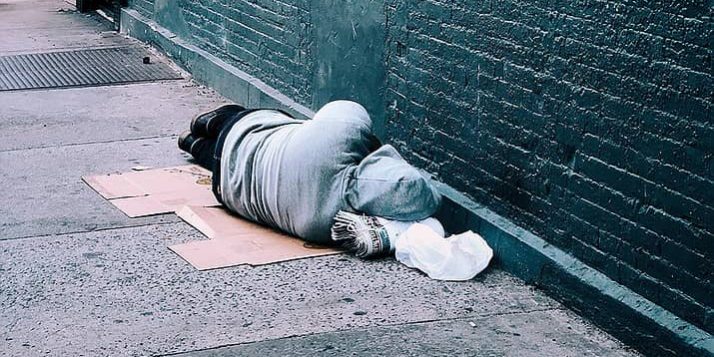 This article was posted by The Daily Courier on December 19, 2018.

Homelessness is synonymous with a jigsaw puzzle — there are many pieces that interlock and then there are those odd pieces that simply don’t seem to fit anywhere yet are critical to the big picture.

One of the biggest puzzle pieces is how to get society to rethink how to deal with those whose lives have unraveled such that they have no safe place to sleep at night, according to area experts. Emergency shelter is meant to be a short-time balm; it is not intended to be the long-term answer.

Area homeless advocates, shelter operators and law enforcement leaders tackled the complex topic at what was the first Connecting Communities Symposium in November, organized through the collaborative efforts of several charities.

Coalition of Compassion and Justice Executive Director Jessi Hans said there seems to be a reluctance in society to distinguish between how to treat those who end up homeless and the rest of the population.

The quandary with those who become homeless, just under 40 percent suffer from addiction, mental illness or a combination of both, surrounds the notion of choice, Hans said. Landlords and some nonprofit agencies and governmental entities want to require their homeless clients to show proof they are making good life choices before they are eligible for shelter or subsidized rental apartment, Hans said.

A similar approach, though, is not taken for someone who ends up at the emergency room with a heart attack, Hans said. Emergency room doctors don’t withhold medical care until the patient assures them they will follow a better diet, exercise regularly and take blood pressure medication, she noted.

CCJ and several of its colleague organizations, including Catholic Charities of Northern Arizona and U.S. VETS, endorse what is known as a Housing First model. In that scenario, case managers work with clients who have less than stellar backgrounds to find suitable, sustainable housing so they can concentrate on finding jobs, entering treatment or undergoing counseling for a mental health issues.

CCJ’s focus on offering alternative housing choices to its shelter clients has prompted a decrease in the need for shelter from a high off 55 on average a year ago to below 35 today, Hans said.

Such an approach to housing recognizes individual dignity and inspires clients to make better choices so they can sustain their independence and become productive members of the community, these leaders agreed.

“We need to challenge the stigma and see these individuals as people,” said Hans, who bristles at the notion of any of her clients as a number on a sheet of unwanted statistics.

One episode of drug-induced bad behavior or a single episode of depression does not usually prompt someone to become homeless, said Camie Rasband, housing supervisor for Catholic Charities of Northern Arizona.

Rather, it is a matter of “layered trauma” such that a person is left with limited choices that then bump up against a lack of affordable housing options, she said.

The move toward building more affordable housing and encouraging more landlords to give a chance to someone who may have a spotty past record but are now striving to progress is paying off, said Jon Rocha, who owns a local real estate company and is a partner with CCJ to develop affordable housing in Prescott.

Rocha said he believes the city’s homeless dilemma can be resolved given more housing opportunities. At this time, CCJ offers several low-cost housing options and is now in partnership with Dorn Homes on yet another model that will provide up to five more clients with long-term housing in the coming year.

Area agencies that work with the homeless are also striving to coordinate waiting lists and resources so that every client is connected to what they need without a duplication of services, leaders explained.

In this system, a CCJ client may end up finding housing through Catholic Charities or a veteran seeking shelter is referred to U.S. VETS’ recently expanded transitional housing program, they said.

Homelessness pokes at the “humanity in all of us,” Rasband suggested.

Area agencies offer numerous, safe ways for people to give and volunteer toward finding a solution, she and others said.

Rasband’s advice: “Be kind and give what you have.”

“These are our neighbors, our family and friends,” she said. “That’s a great place to start.”

Editor’s Note — Pick up Friday’s edition of The Daily Courier for a detailed story on the Coalition for Compassion and Justice mission for 2019.

Categories: In the News, Locations, PrescottDecember 19, 2018