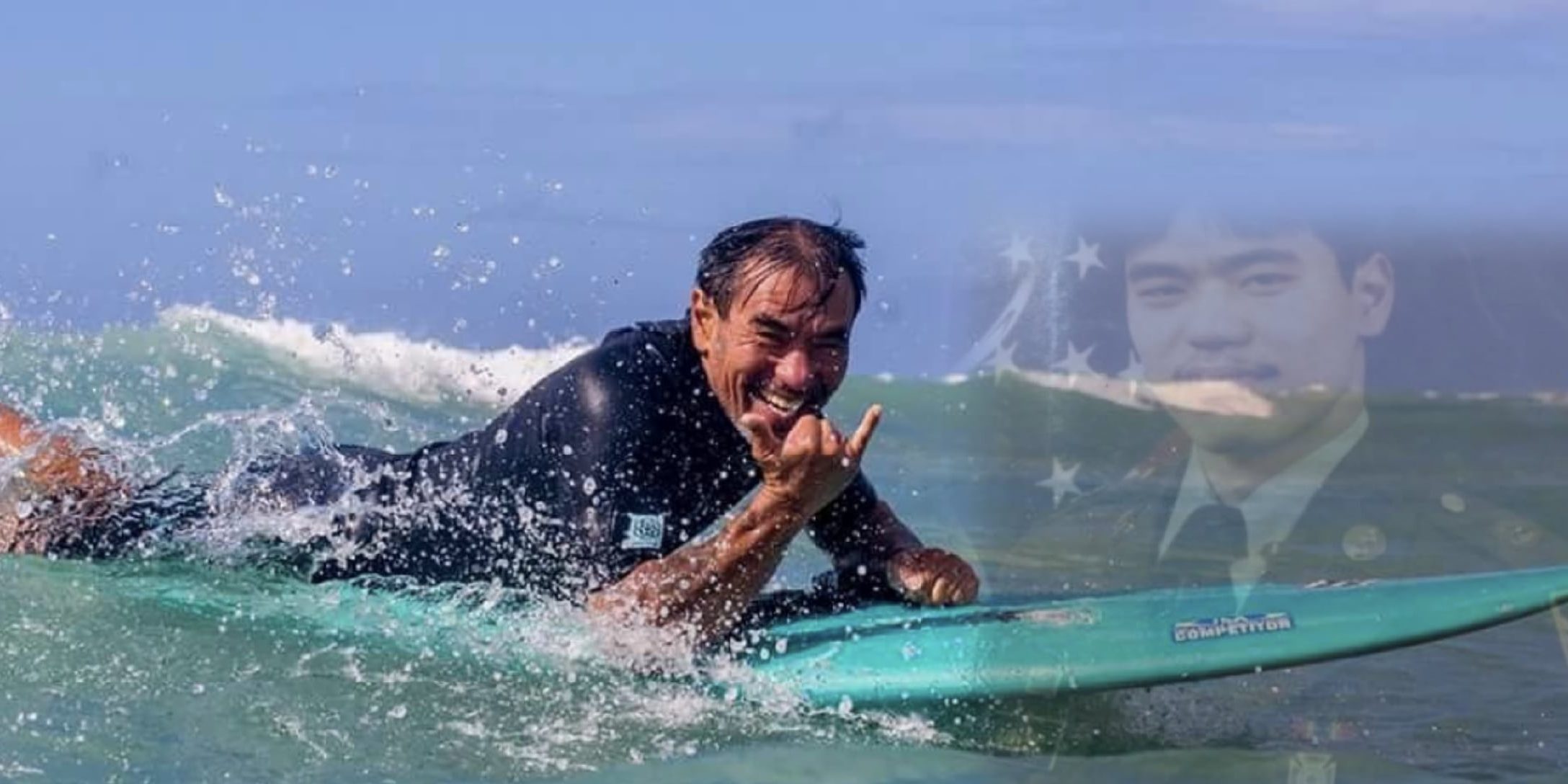 In 1990, Buster returned to his home state of Hawai’i after serving his country for 8 years in the United States Army. Despite leading a lifestyle centered around health and fitness, Buster was diagnosed in 2008 with spinocerebellar ataxia type 6, a rare, late-onset, autosomal dominant disorder. His condition, which his father also had, led Buster to experience problems with coordination and balance, speech difficulties, involuntary eye movements and double vision.

While most would view a diagnosis like this as a heavy burden, Buster chose to remain positive, quoting U.S. Gold Medalist Scott Hamilton, “The only disability is a bad attitude.”

Taking that to heart, Buster began focusing on his passion for health & fitness, combining it with his love for helping people. Buster took up surfing for the first time in his life and began his own business BAMNATION, creating nutritional and fitness plans to help his clients lead healthier and happier lives, backed by positive reinforcement in making lifestyle changes.

In 2018, circumstances led Buster to living with a friend, but his independent spirit drove him to seek a home of his own. Buster reached out to Aloha United Way for guidance, who then directed Buster to U.S.VETS—Barber’s Point. At U.S.VETS, Buster entered into our program to receive assistance with housing for veterans, with the ultimate goal of finding permanent housing.

“You have to be patient and trust the process,” Buster recalls. “The case managers are doing all they can for you. Just go with the flow!” Buster’s continued positivity paid off, and in June 2019, Buster moved into his own place in Kapolei, where he continues to run BAMNATION and surf at least twice a week.