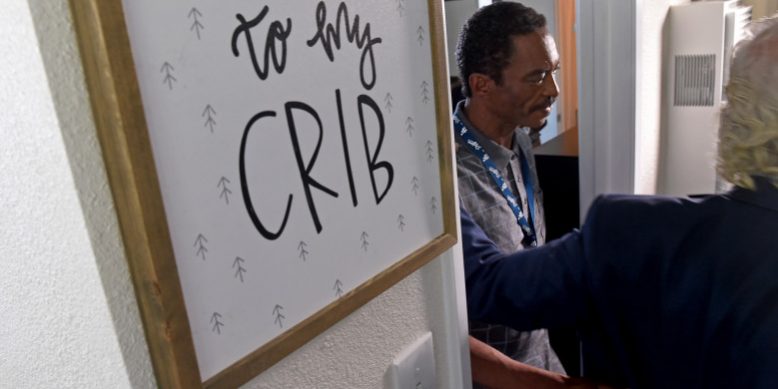 This article was posted by the San Bernardino Sun on June 26, 2018. 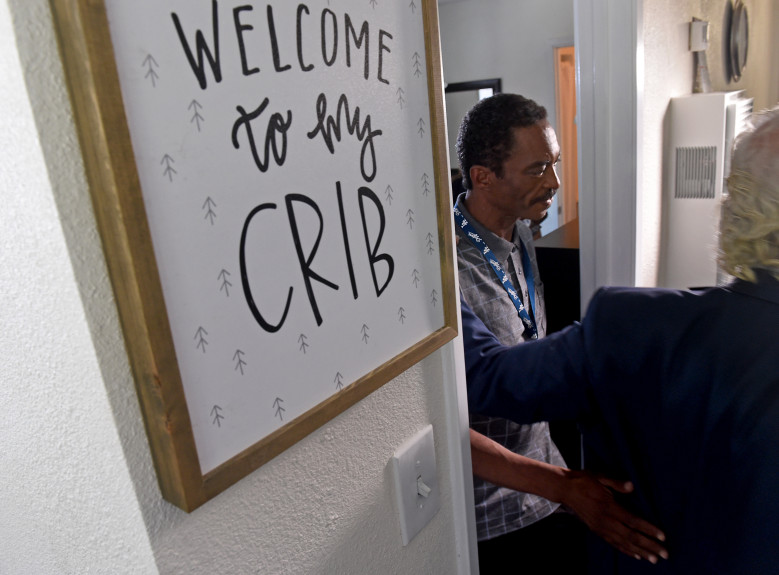 FONTANA – Before entering his Hemlock Avenue house for the first time, Quintin Sherard gazed at the front door.

“Wow,” he said, before crossing the threshold.

For the past three years, the 52-year-old Marine Corps veteran has lived in the shadow of the San Bernardino County courthouse, one of an estimated 646 homeless individuals living in San Bernardino this year alone.

“I didn’t think this day would come,” Sherard said. “I haven’t had so many hugs in years.”

The former homeowner, businessman and entrepreneur on Tuesday, June 26, became the 1,000th homeless military veteran to be placed in permanent housing by a San Bernardino County coalition that, in three years, has housed about one homeless veteran a day.

In July 2015, the Board of Supervisors vowed to end veteran homelessness, and within three months the county found housing for more than 400 veterans. As the county and its partners have identified new homeless veterans, their efforts to find them housing has continued.

About a month and a half ago, Sherard, a North Carolina native, sought the help of the United States Veterans Initiative, a nonprofit serving military veterans and their families. While Sherard had become homeless in 2015, he had been working on and off as a truck driver in the area.

After linking up with U.S.VETS, Sherard – as hardworking, sincere and humble a man as Maxwell said she’s managed – waited patiently as the group mined for a house to rent.

As they have with a handful of other properties they own in the county, Anthony Ramirez and Scott Cheramie, with Rancho Cucamonga-based New Harvest Realty, opened the door to their Hemlock Avenue house.

“You see vets on the street,” Ramirez said, “and they need our help. It’s sad, especially when families are involved.”

Standing in the kitchen of his one-bedroom, furnished house, Sherard thanked those who made Tuesday possible.

“I didn’t know I had this many people supporting me,” said Sherard, who had to get to work later in the day. “This is a place I can cook, a place I can feel safe, somewhere to come after work.