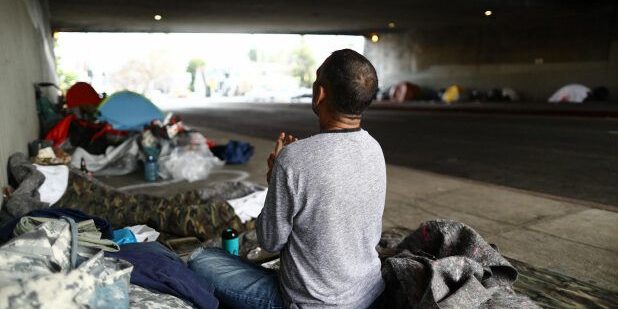 This article was posted by Yahoo! Entertainment on October 28, 2019.

United Talent Agency CEO Jeremy Zimmer will chair a new campaign from nonprofit U.S. Vets called The Veterans Fund, which will raise money in order to build what it says will be the nation’s largest veteran housing community.

The nonprofit announced a $10 million campaign to build the community on the campus of the West L.A. Veterans Administration in Los Angeles.

The homeless population in Los Angeles County has surged, increasing 12 percent in the past year. Mayor Garcetti has pointed, in part, to a lack of affordable housing in Los Angeles as the primary factor driving the spike in homelessness. With that, the city has increased the homelessness budget to more than $460 million for housing and services, which is 25 times what it was four years ago.

“It’s a special responsibility to be part of an effort this important for men and women who have given so much to our country,” Zimmer said in a statement. “There is nothing more critical than having a place to call home, and the fact that so many people live homeless every day in our city should be unacceptable to every one of us.

“We have an obligation to make a difference,” he continued. “This opportunity allows us to help thousands of veterans in our city who are without housing. They have done their part for us and now it’s time for us to do our part for them.”

The plan is for The Veterans Fund’s new housing community to have more than 1,200 units of supportive housing and services, including a career center, transit plaza, mental health and substance use treatment, kitchen, gardens, athletic and social spaces. The neighborhood will house more than 1,800 veterans and their families. It will also offer services and programs to veterans across Los Angeles County.

U.S. Vets plans to launch The Veterans Fund campaign at its annual U.S. Vets Salute Gala on Nov. 5 at the Beverly Hilton in Beverly Hills. The event will bring together artists and entertainment executives alongside elected officials and VA leadership.

“With some of the most prominent voices in the entertainment industry joining long-time U.S. Vets corporate partners like The Home Depot Foundation, we have the chance to bring much-needed attention and resources to ending veteran homelessness,” U.S. Vets CEO Stephen Peck, USMC veteran, said in a statement. “Together with our partners at Century Housing and Thomas Safran & Associates, and the support of our partners, we can transform the West LA VA campus into a community, and forever change the landscape of veteran housing and services in Los Angeles.”